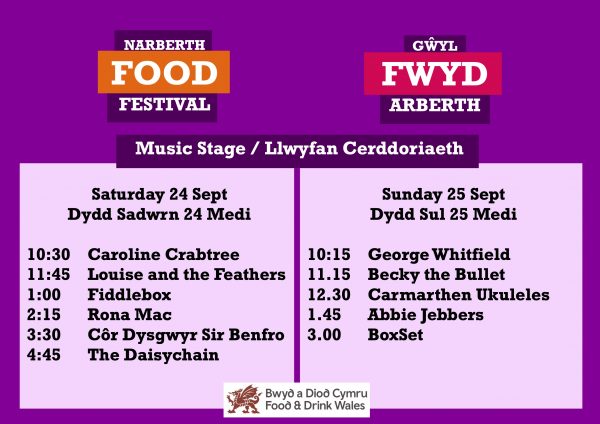 Entertainment and food go hand in hand at Narberth Food Festival which has a strong track record for supporting thebest of local and Welsh talent. Once again toe-tapping live music will entertain the crowds with super soloists and great bands taking to the stage including: An independent singer/songwriter from Narberth, Caroline is known for writing nostalgic acoustic music. She has been played on BBC Radio 2, 6 Music and BBC Radio Wales ‘Artist of the Week’ on several releases. She is currently working on new material for release in the near future.

Louise and the Feathers 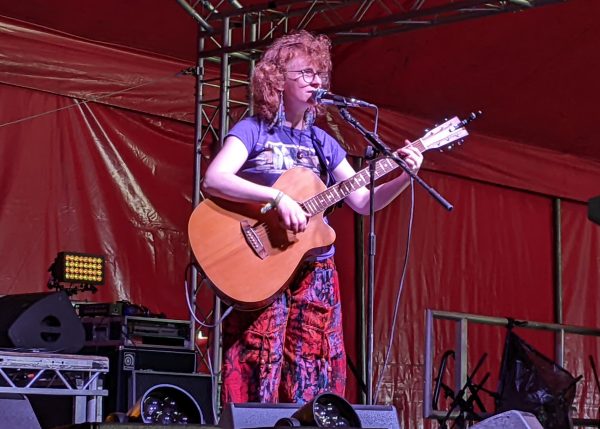 “Louise and The Feathers is a creation after years of writing, jamming and finally wanting to share my folk, pop, rock vibe with influences from Florence and The Machine, Paolo Nutini, Alison Moyet, Tina Turner, Hazel O’Connor, Kate Bush and Fleetwood Mac to name a few,” she says.

From Birmingham, Louise moved to Mid Wales when she was nine and has been writing ever since, playing in a variety of bands and at numerous open mic nights.

Revisiting early written originals (in 2017), she decided to restart using her middle name “Louise” representing the roots of her music passion, alongside “and the feathers” linking to spiritual perspectives and a love of nature, the hope for a band and feathery fans. 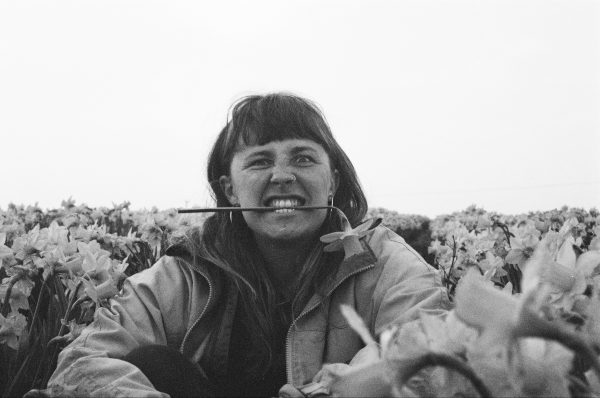 She records and produces in her caravan at home in rural West Wales, and her music is imbued with her surroundings of rugged cliffs and wide open spaces. Hence, her music comes unfiltered and full of feeling, as she says: “If I can talk about things we’ve been told we shouldn’t, and help people connect to feelings they tucked away in their teens, then I’ll be happy when I’m old.” 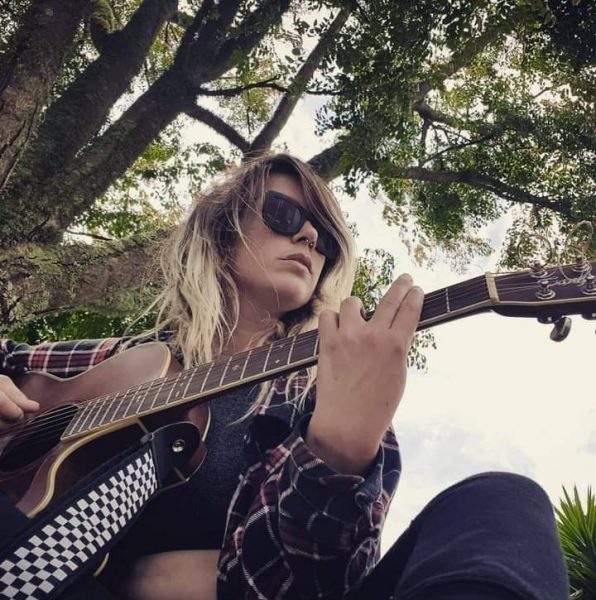 Becky The Bullet is a singer songwriter from Pembrokeshire who loves to experiment with different genres and different tempo changes, seamlessly combining rhythmic strumming into intricate picking, accompanied by dynamic vocals that will have you tapping and singing along. 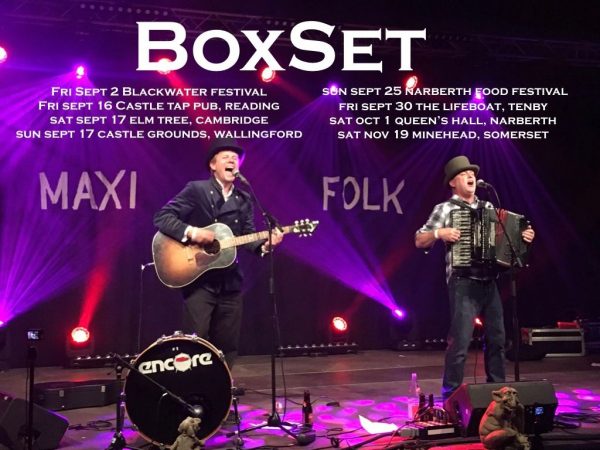 One of two duos featuring our very own accordionist extraordinaire, BoxSet will be bringing red hot accordion tunes, thumping guitar and harmony vocals to the festival stage. Fresh from a lively summer season, George Whitfield and Tony Lyons will be serving up plenty of festival flavour with their set which marks a stop on their Autumn Tour. 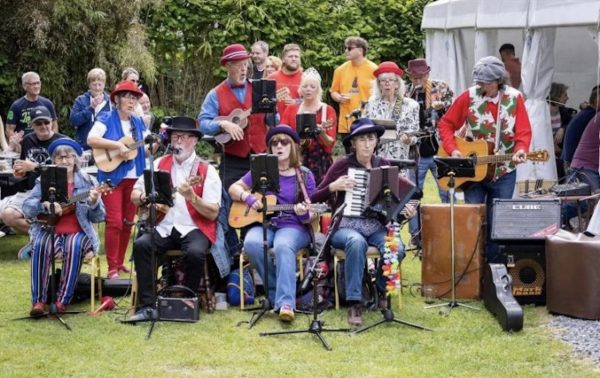 Established in 2010 by husband and wife Robert and Pat Evans, the band currently consists of people with varying musical experience, but who all enjoy the fun that is always found where there are ukuleles.

A vibrant, fun band who have experience playing across a broad spectrum of venues, sometimes accompanied by a pair of large, pink, inflatable flamingoes!

Players strive to learn new numbers for various events including christenings, weddings and shows and play a wide range of songs spanning many decades.

Their reputation for never staying on a set list remains intact and certainly adds to the fun and their jokes, although well travelled, still produces the odd giggle.

As always they are looking forward to their next gig and hope you can join the singalong. 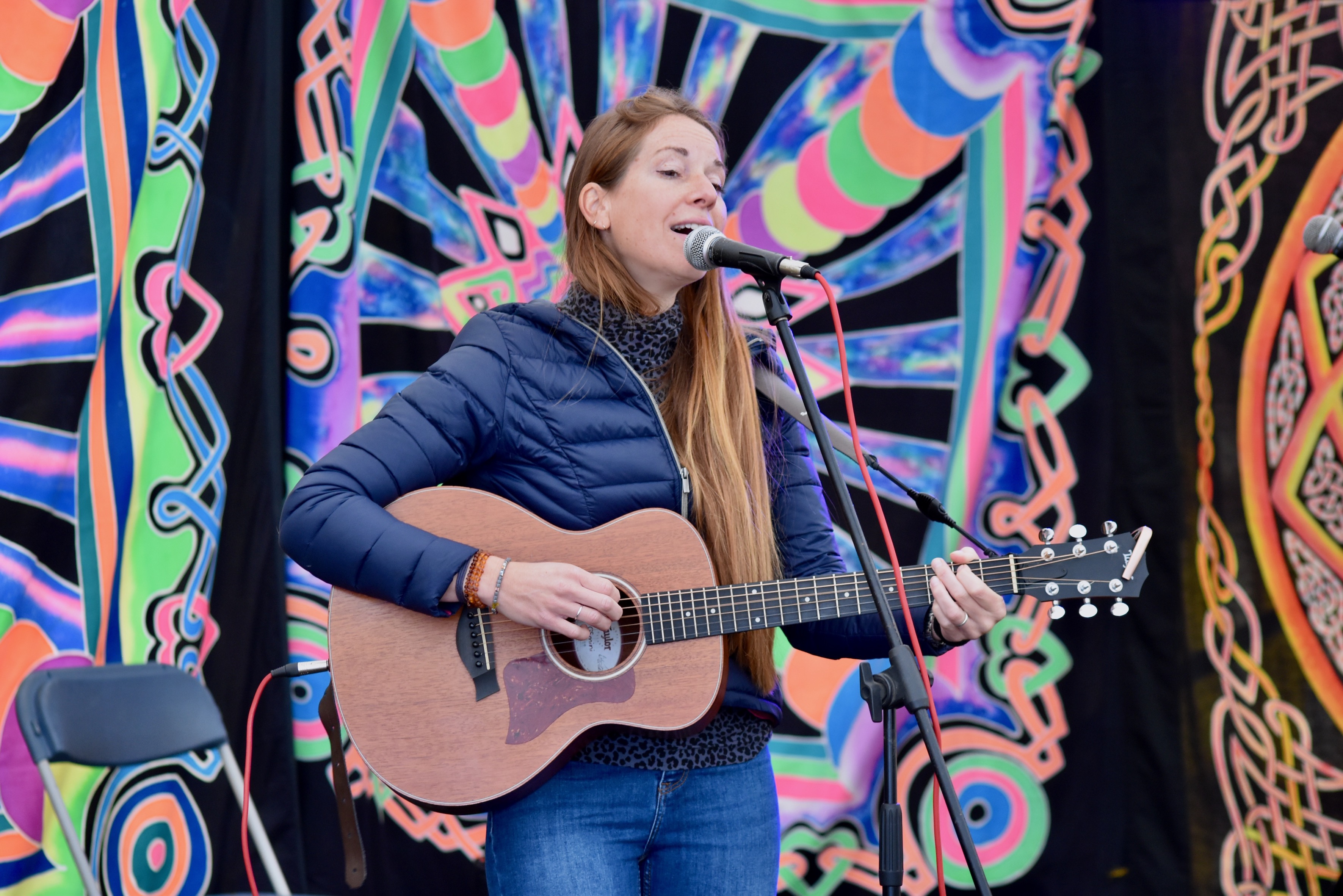 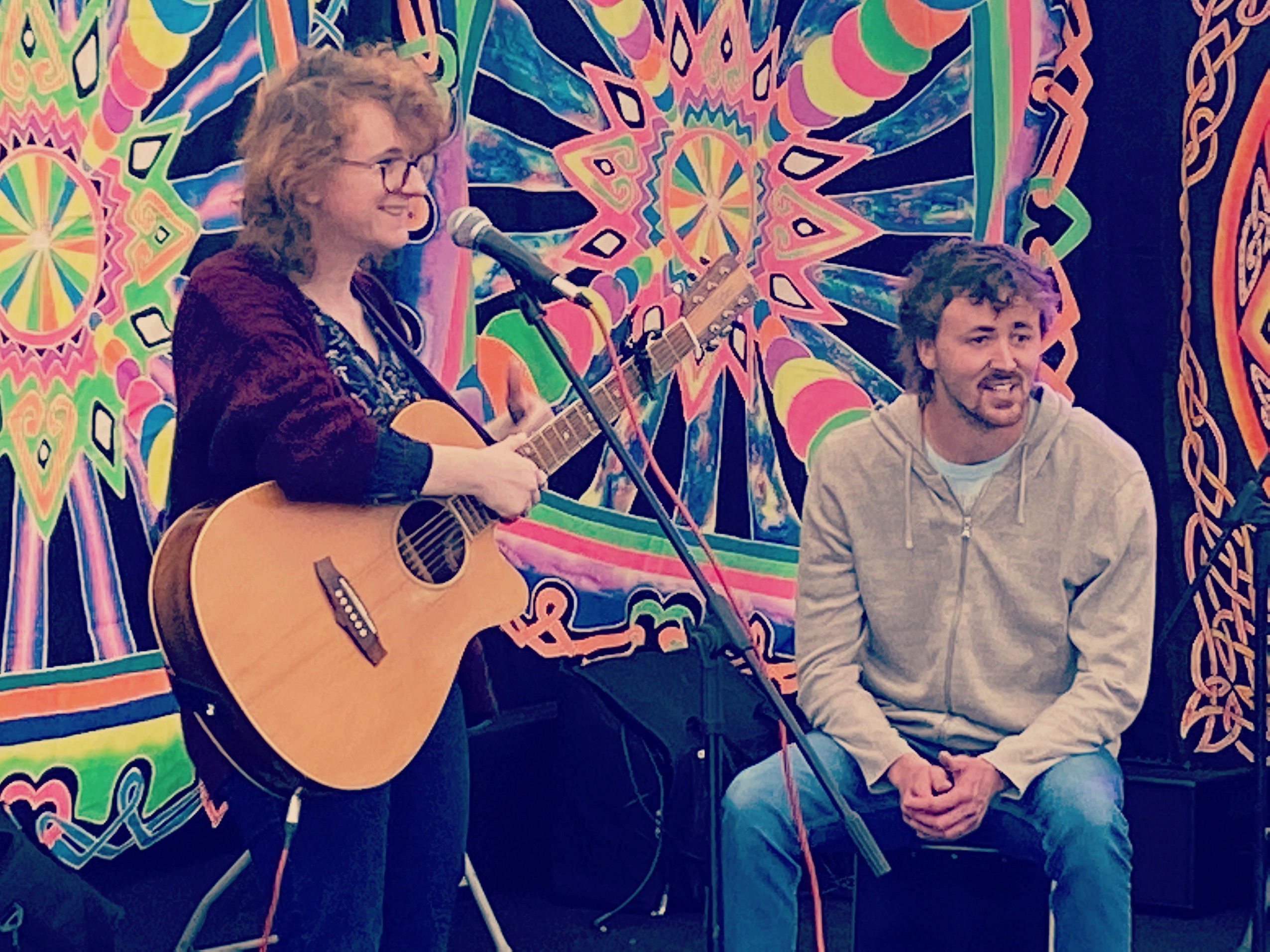 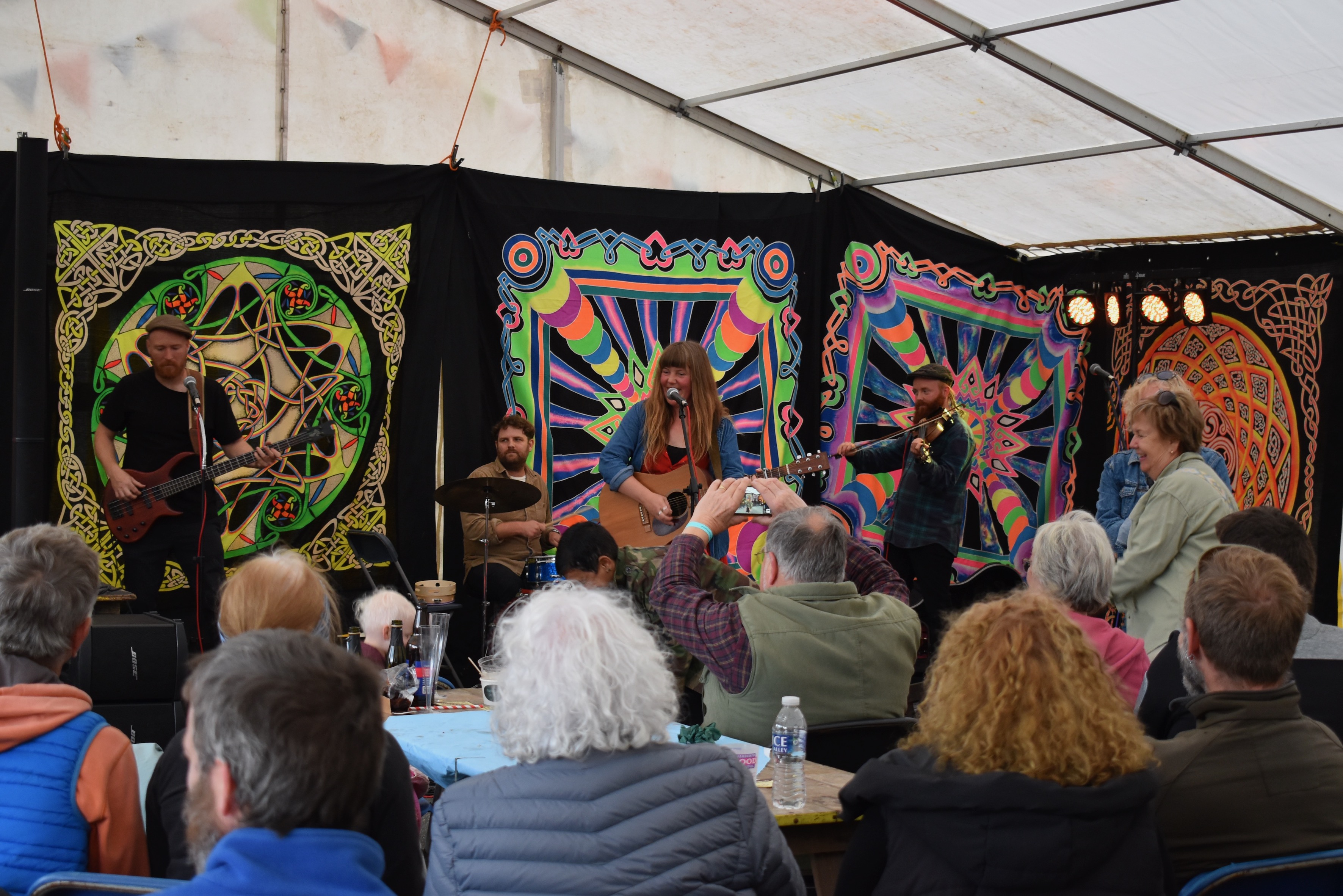 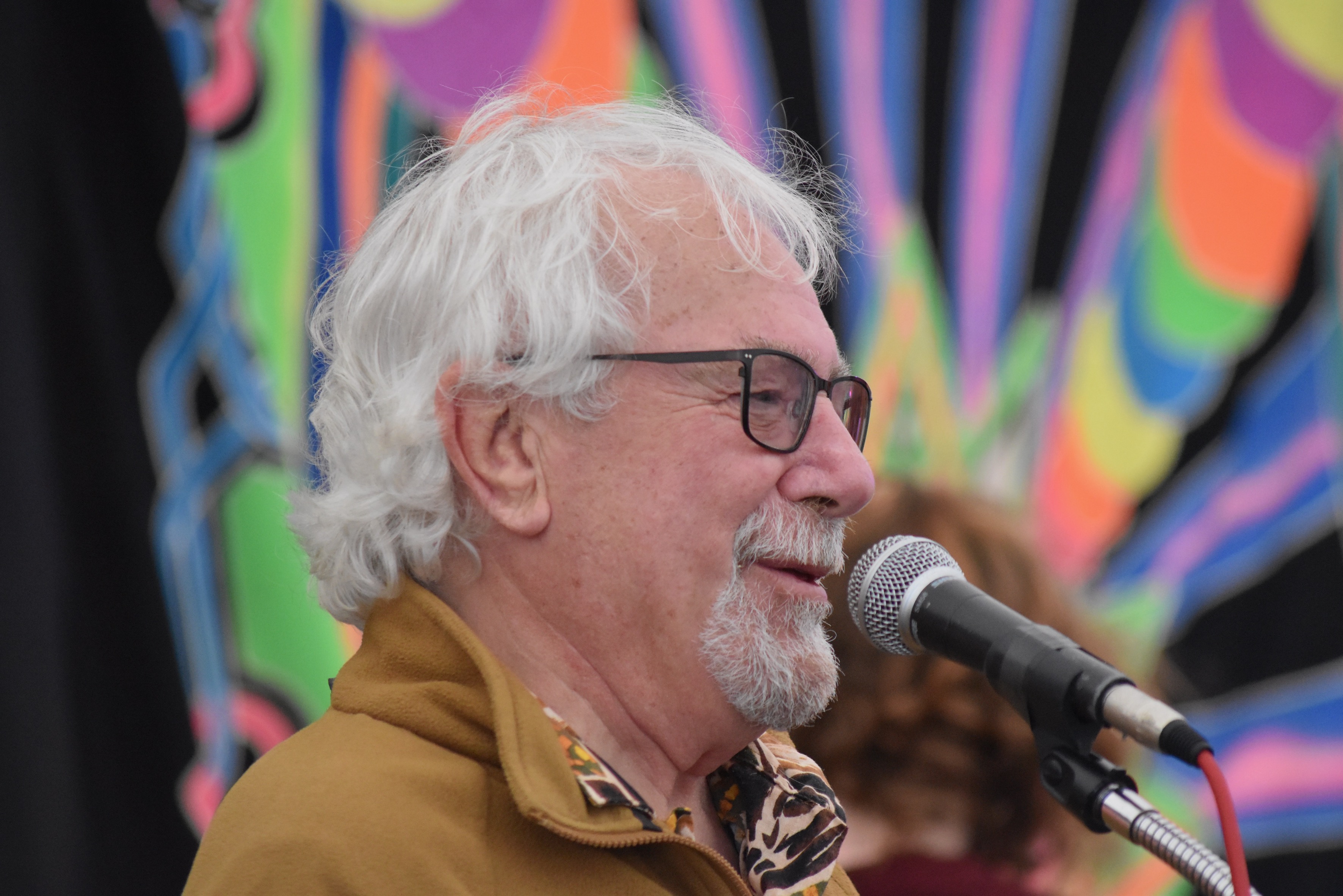 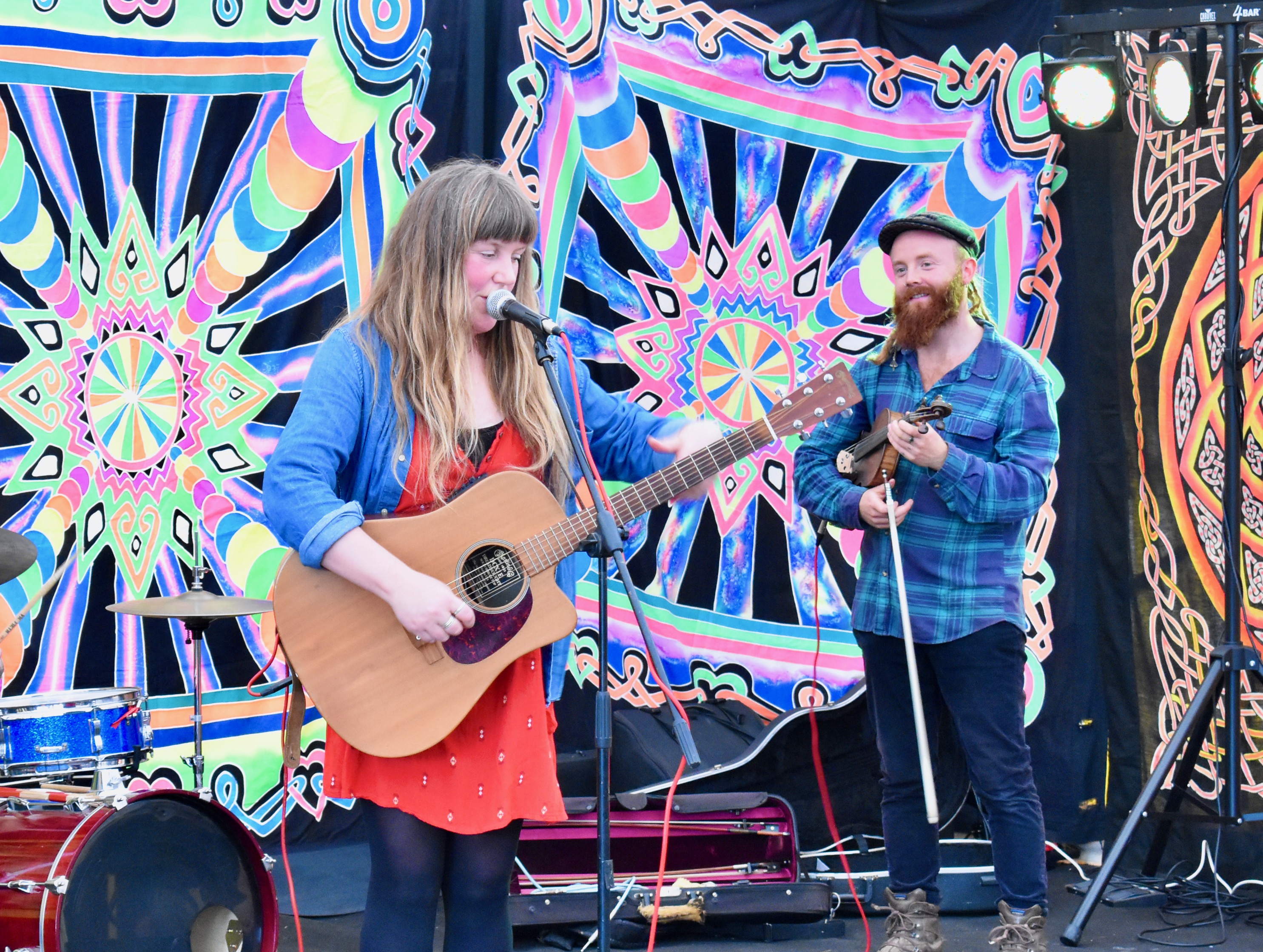 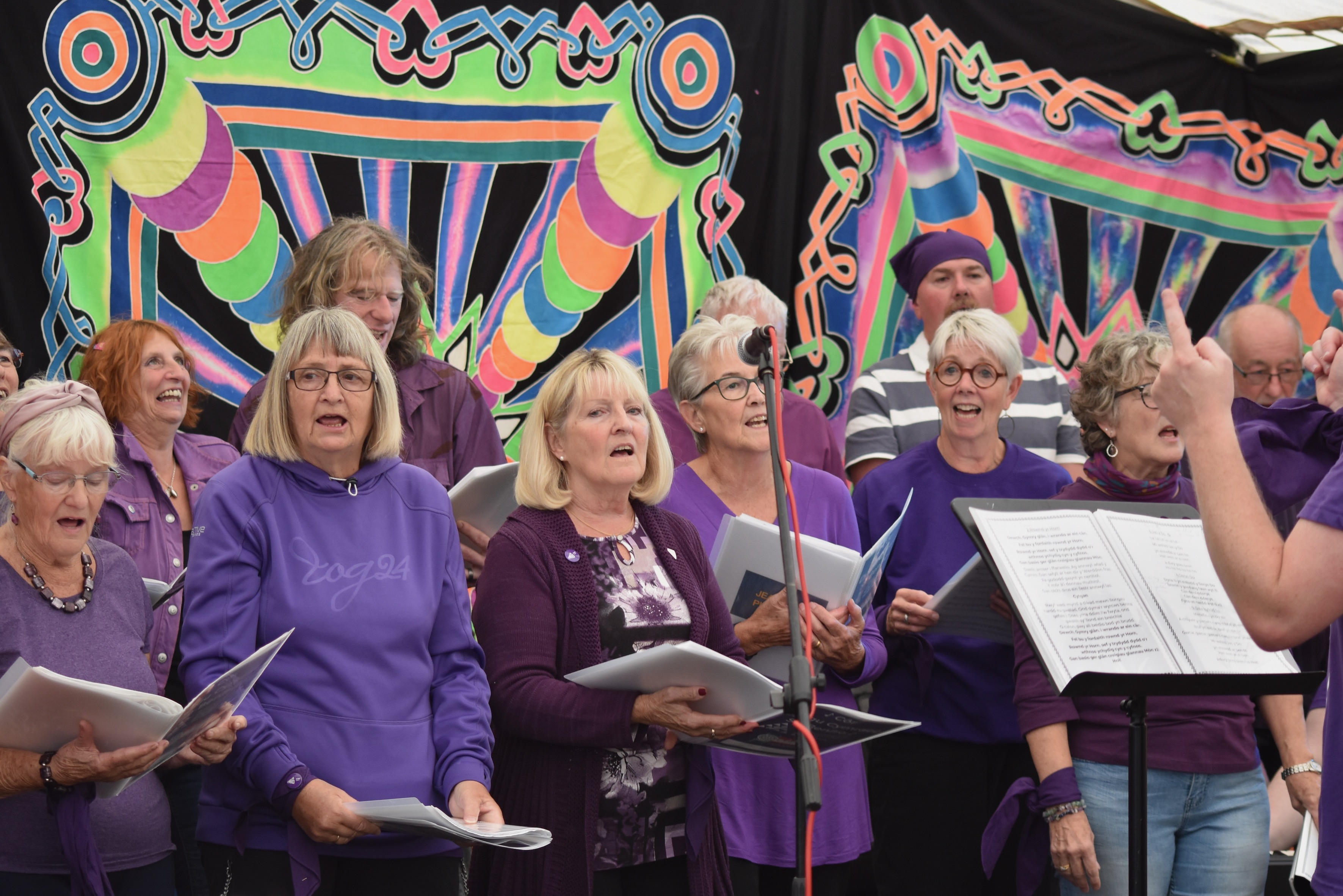 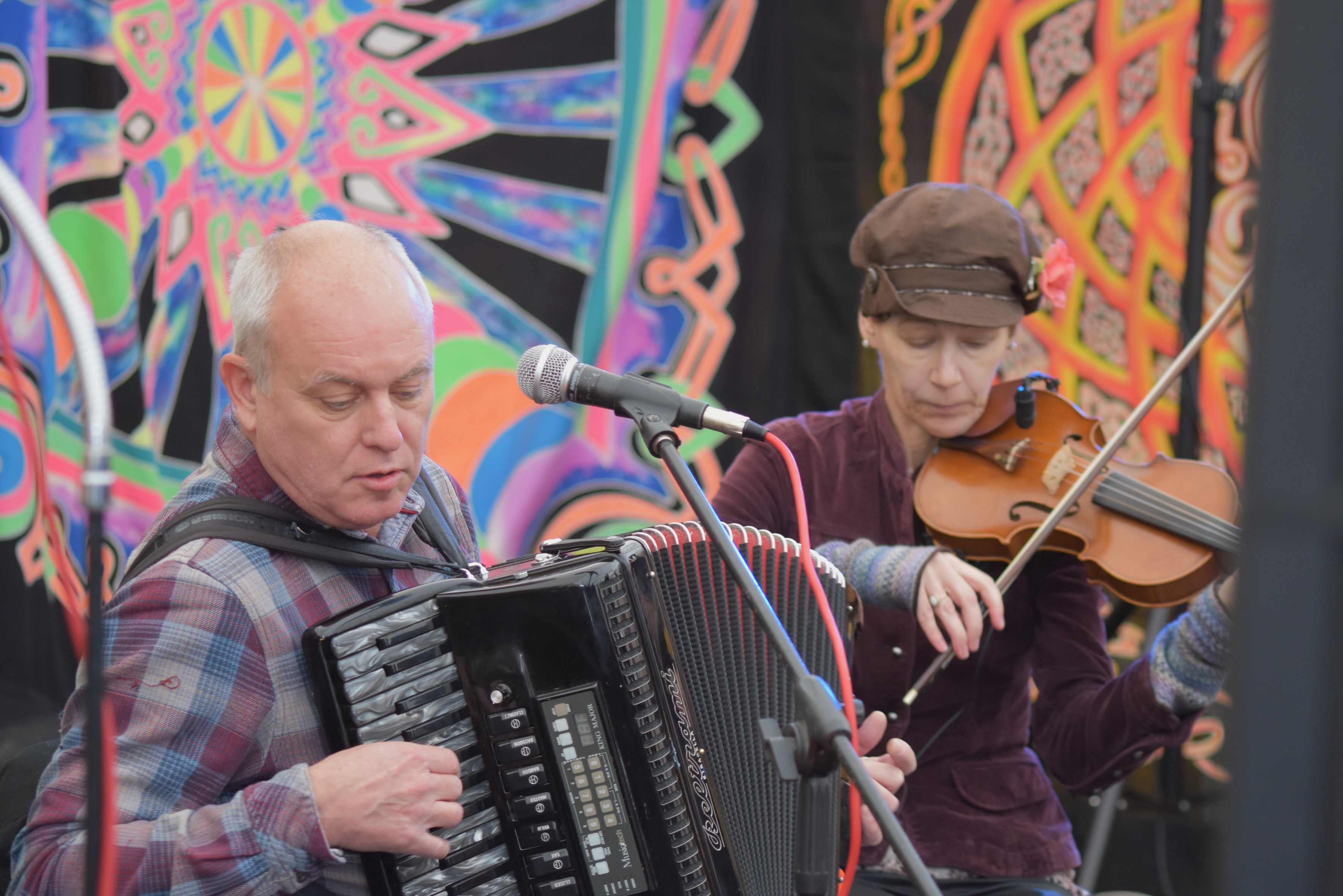 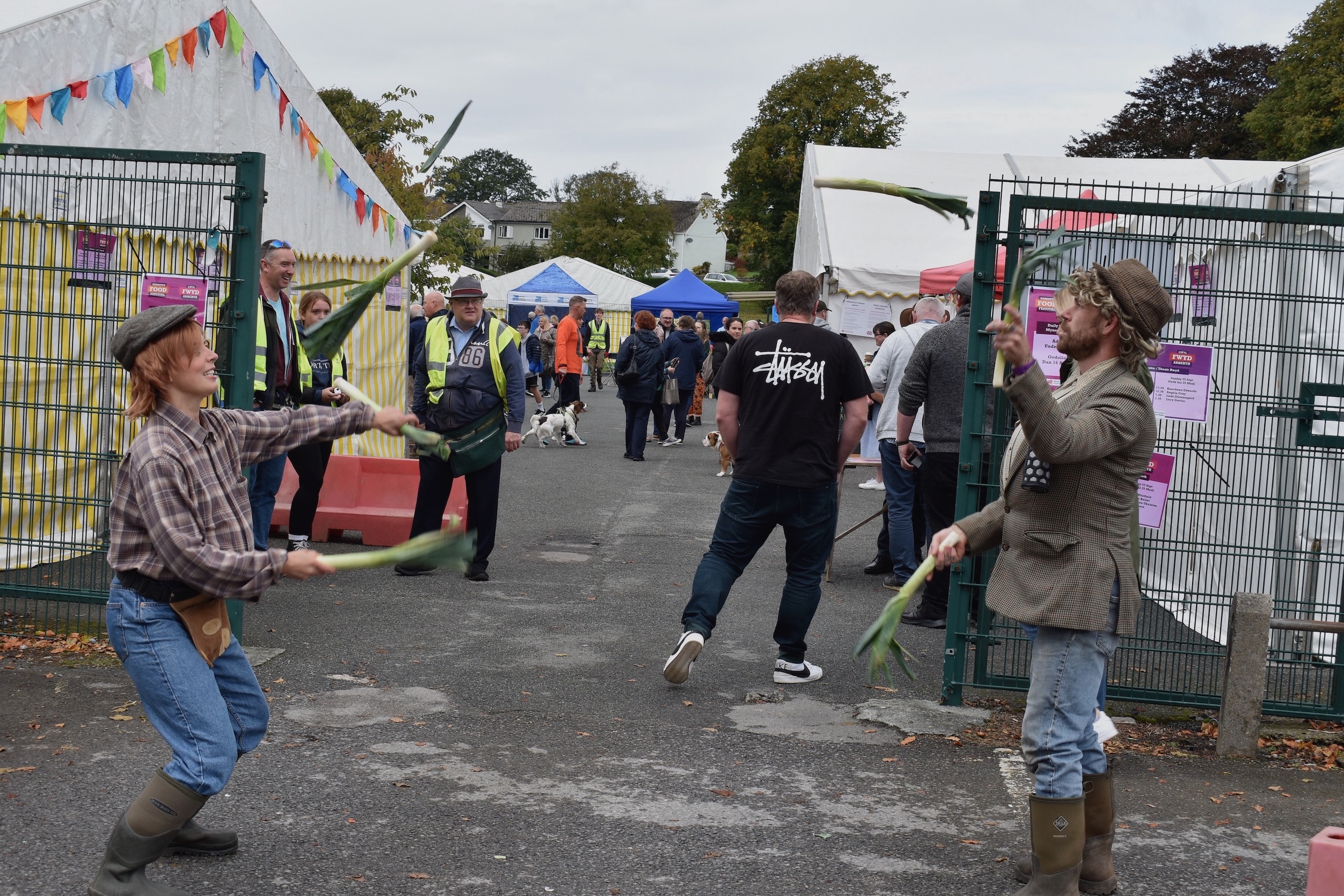 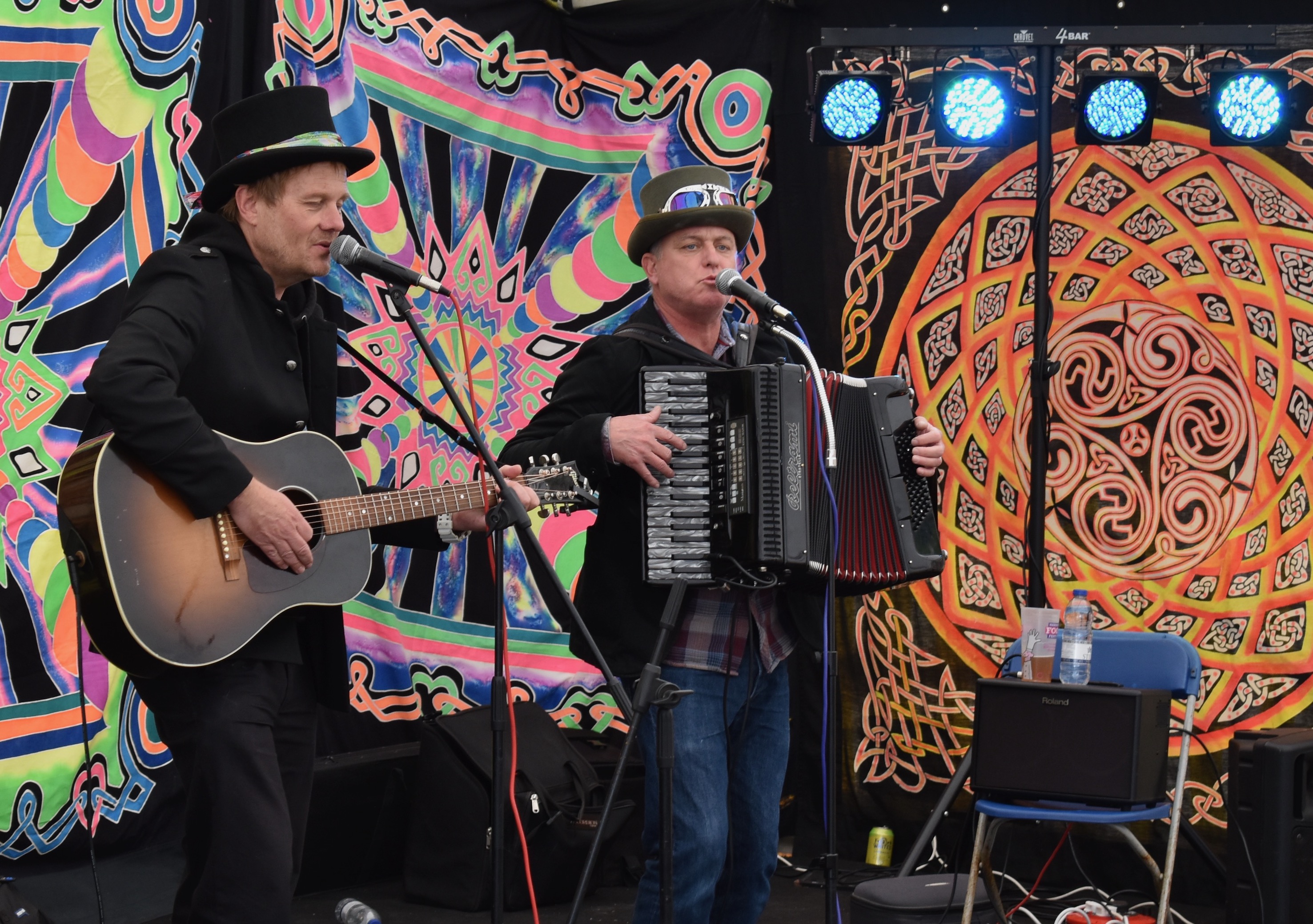 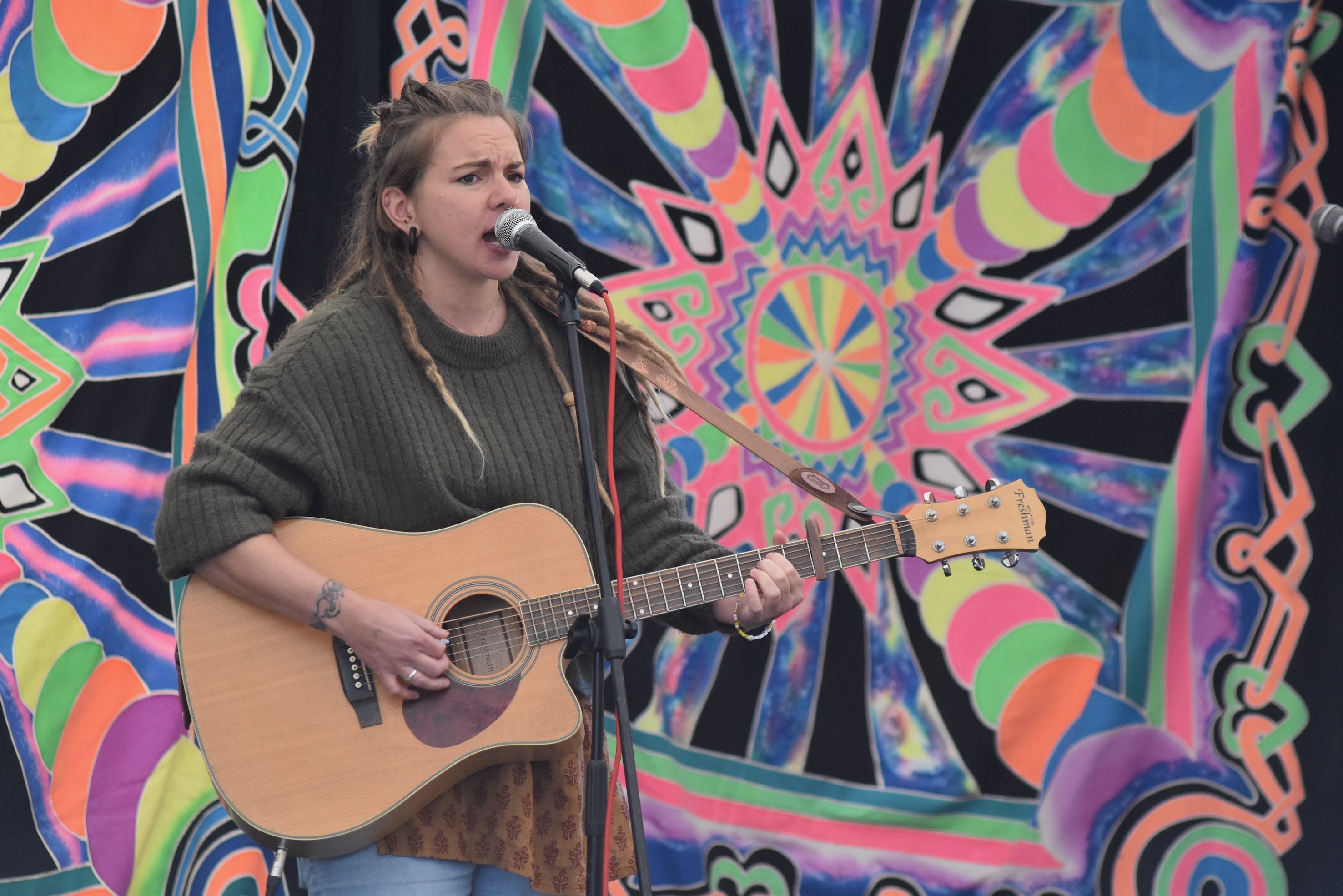 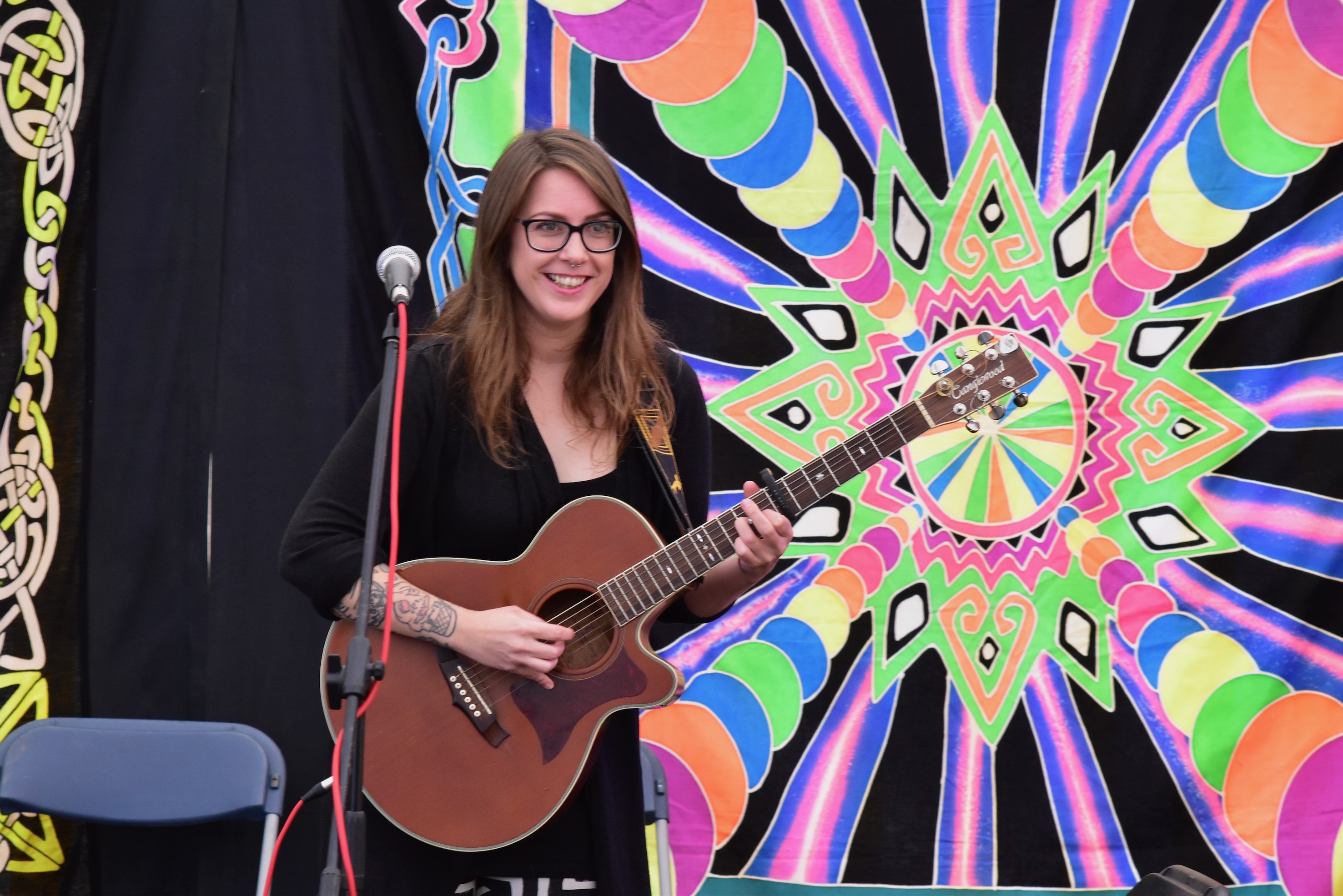 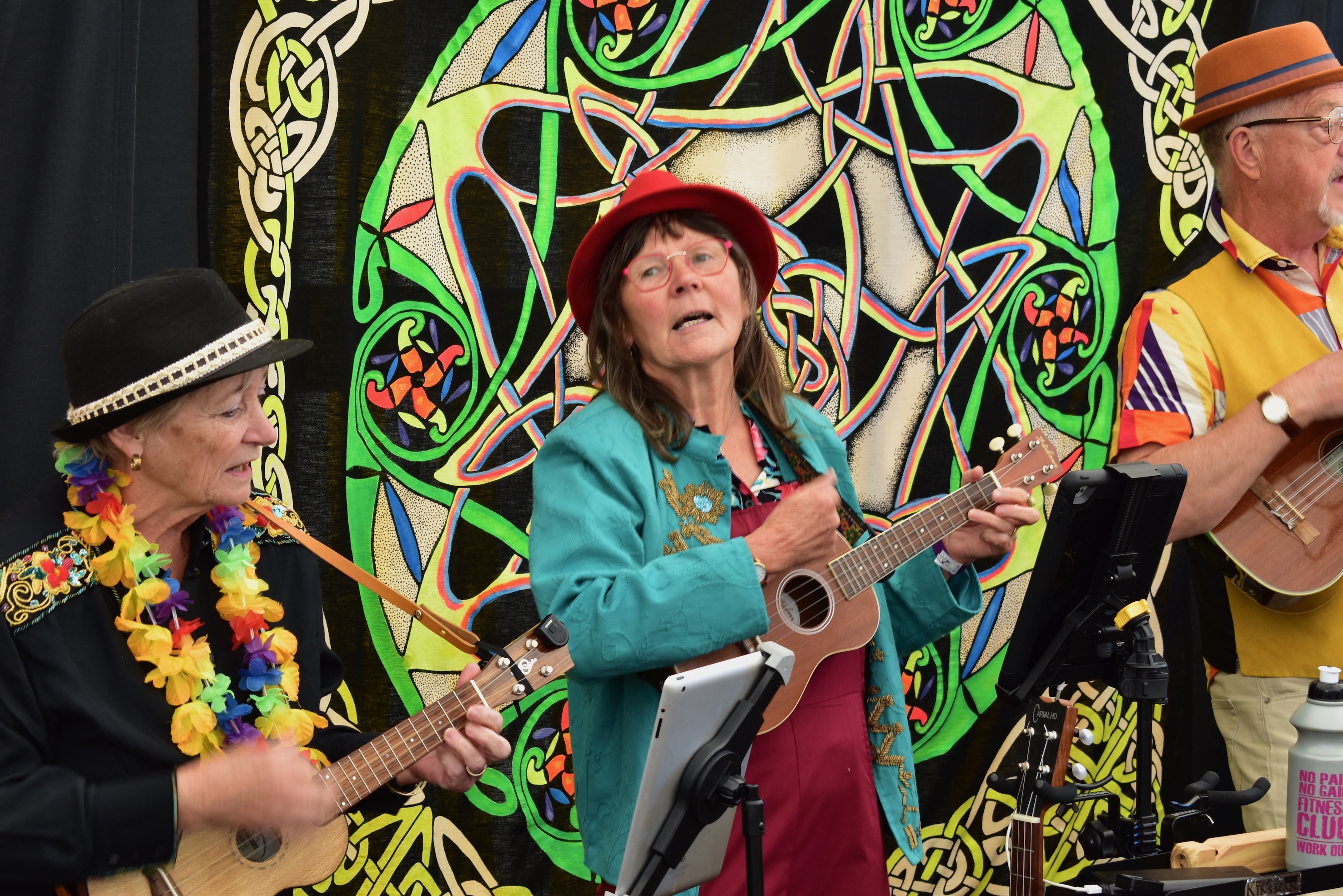 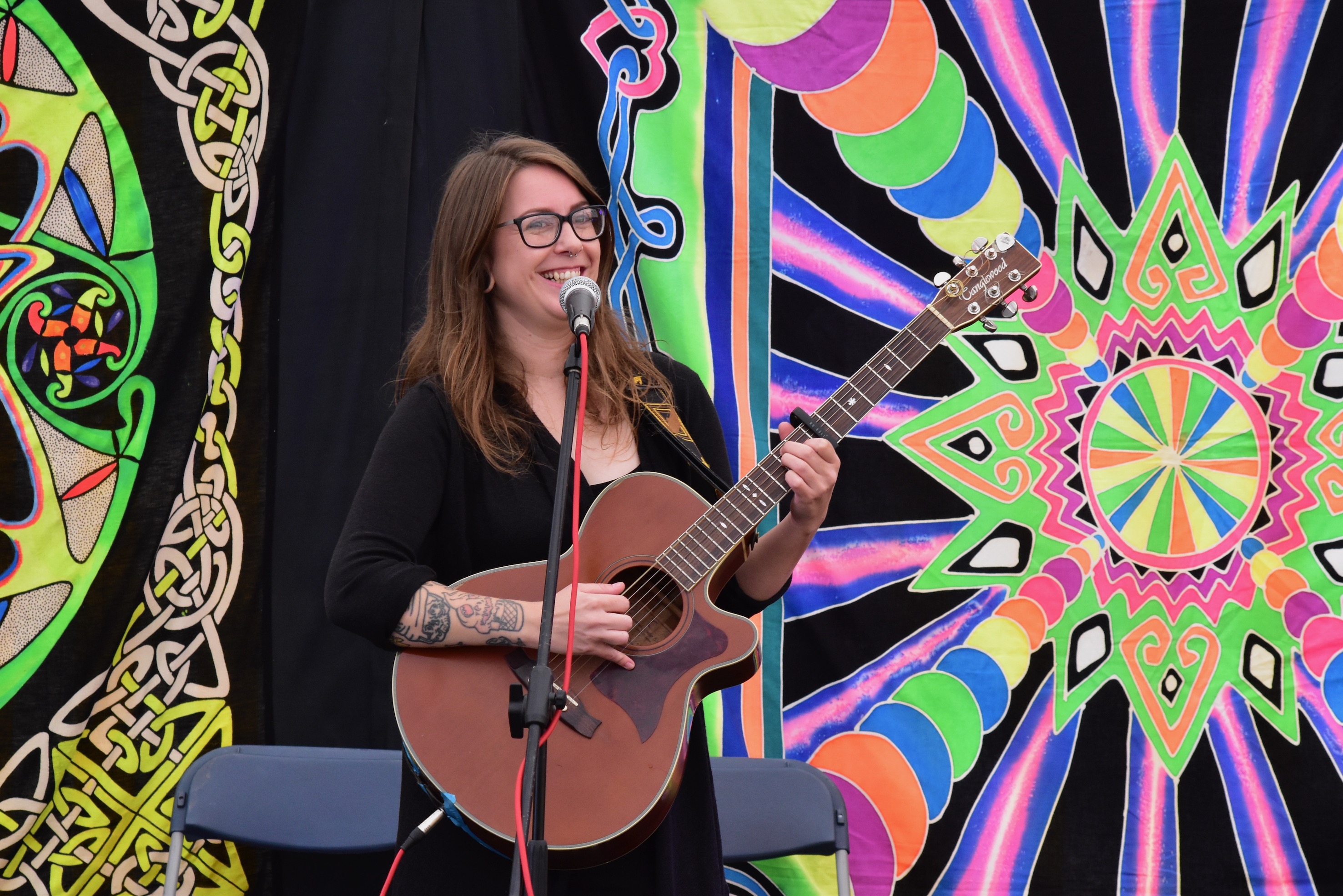